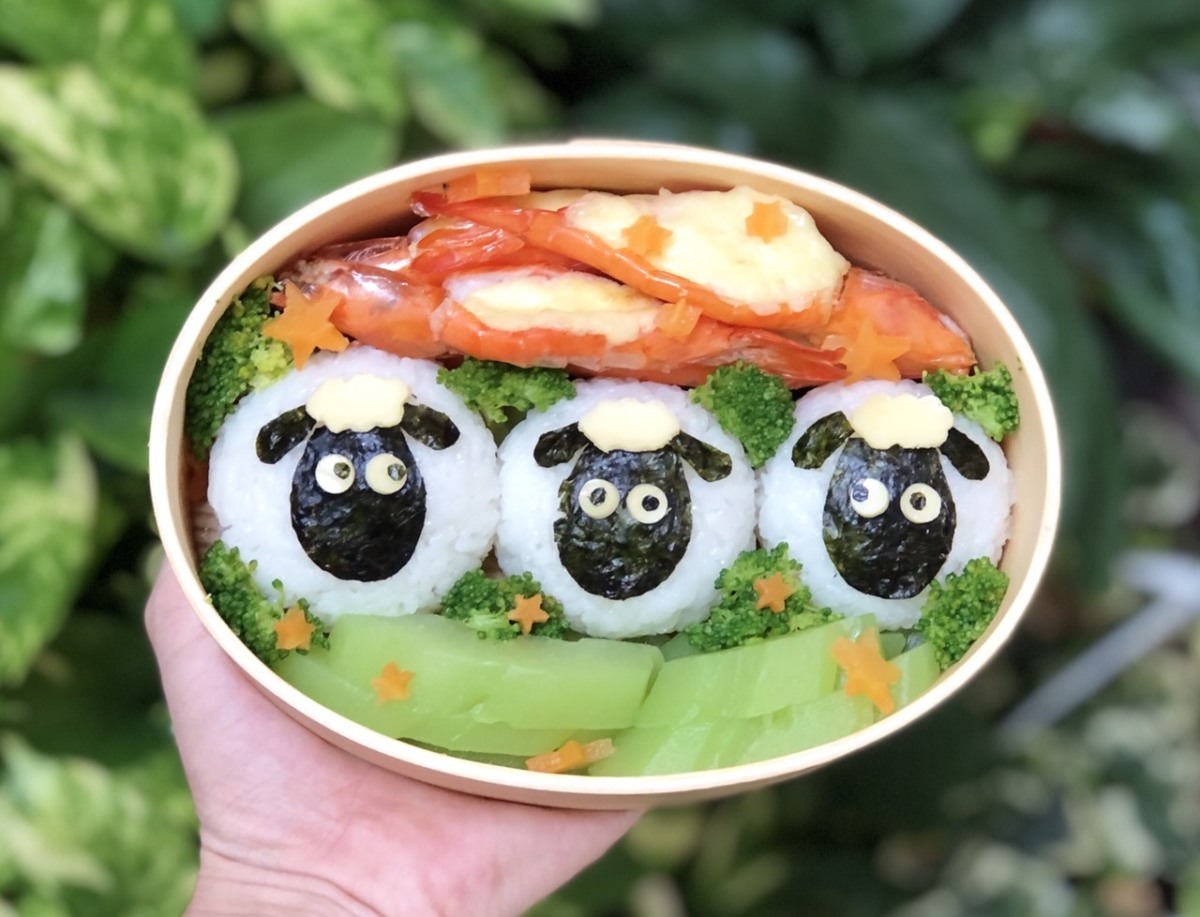 When her 11-month-old son showed signs of anorexia, Hue came up with a way to make bento boxes with fun and funny shapes.

Ms. Nguyen Thi Hue’s family, 29 years old, includes her husband and two children in Thuong Ly ward, Hong Bang district, Hai Phong. From the time her second son was 6 months old, she started to feed her baby with a “self-directed” method (Baby Led Weaning – BLW), which means providing food for him to decide what to eat first. , whichever follows or can refuse to eat, parents respect their child’s decision. After two months of applying BLW, she switched to cooking porridge and feeding her children in the traditional way.

“By the time my child was about 11 months old, I ‘boycott’ the porridge, the mother kept shaking her head and refused to cooperate. Since then I decided to return to the old method,” said the woman in Hai Phong.

Because she was able to eat the same food as an adult, Ms. Hue made daily bento boxes while cooking for the whole family. She seasoned with light seasoning to suit her child’s taste, sometimes added seaweed, cheese for children, then scooped it out first, then seasoned to taste with adults. While waiting for the food to cook, she shaped the rice into funny shapes.

“My child eats a lot of food but is too lazy to eat rice, so I decided to ‘invest’ in shaping to stimulate the child to eat,” the mother of two children shared.

Hue making a bento box only takes about 5-15 minutes to work overtime. For example, one day the whole family ate pumpkin, she spent some time grinding squash, filtered the water and mixed with rice so that the cooked rice was yellow. Similarly, she also often makes carrot colored rice, pea flowers … Instead of cutting the tubers in the usual way, she uses a mold to cut into beautiful decorative shapes, which is also a way to add vitamins from vegetables. bulbs for children.

The first bento box was not beautiful, it took a long time, but in the second one, the mother did it faster and better. Now that she is used to, Hue does not feel that bento boxes take up too much of her cooking time.

Normally, Ms. Hue only makes a bento every day, but there are times when her child is anorexic, she has to make two meals. During the week, about 1-2 meals, she makes more dishes such as vermicelli, pho, bread. The son was very interested in the bento his mother made, and the food was delicious and much more than the usual style.

If before, whenever I went to the table, I was scared again, I turned the spoon away, now I look at the bento for a while and then eat by myself. Every time she prepares a meal, she runs to her plump to eat. Hai Phong mothers often take advantage of teaching their children about the names of animals and colors in the lunch box.

In order to mold the many animal shapes for the bento box, every night after she sleeps, Ms. Hue often spends a few minutes online watching more cartoon characters, then comes up with ideas for tomorrow’s menu. For example, when choosing to shape sheep, Ms. Hue will buy more broccoli, zucchini to prepare family dishes, and combine the bento box decoration to look like a lawn – a familiar food of lamb.

“Many moms told me that if my child used to eat such beautiful bento boxes, it would be difficult to get along with school meals later on, but I think differently. I see bento boxes as an expression of affection, Love with your children. A meal with many pictures and colors will help your child develop a lot more imagination “, Ms. Hue shared.