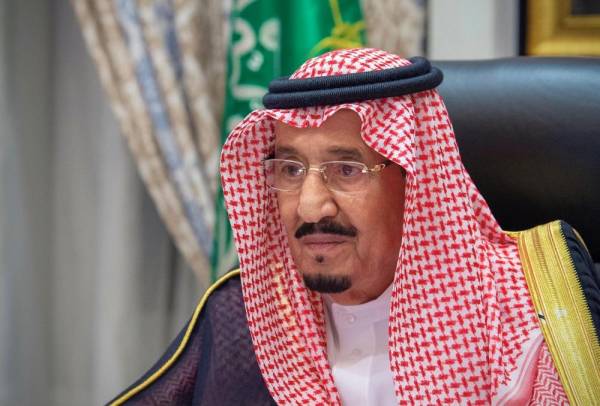 The Custodian of the Two Holy Mosques King Salman bin Abdulaziz Al Saud – may God protect him – today inaugurated the work of the first year of the eighth session of the Shura Council, in the presence of His Royal Highness Prince Muhammad bin Salman bin Abdulaziz, Crown Prince, Deputy Prime Minister and Minister of Defense.

At the beginning of the work of the council, verses from the Holy Quran were read. Then His Excellency the Chairman of the Shura Council, Sheikh Dr. Abdullah bin Muhammad Al Al-Sheikh, and the members of the Council oversaw the oath, following the issuance of the noble royal order appointing them to the Council in its eighth session, saying:

(I swear by Almighty God, to be loyal to my religion and then to my king and my country, and not to divulge any of the secrets of the state, to preserve its interests and regulations, and to perform my deeds with honesty, honesty, sincerity and justice).

After that, the Custodian of the Two Holy Mosques King Salman bin Abdulaziz Al Saud delivered the annual royal speech as follows:

In the name of God, the Most Gracious, the Most Merciful. Praise be to God Alone, and prayers for whomever there is no Prophet after him ,,,

Brothers and sisters, members of the Shura Council

Peace, mercy and blessings of God

We are pleased to inaugurate the works of the first year of the eighth session of the Shura Council, asking the Lord that our actions be purely for him, and to help us to serve the country and the citizen, and I appreciate your esteemed council for your honorable deeds.

Since His Majesty King Abdulaziz – may God have mercy on him – united the Kingdom of Saudi Arabia, and it has adopted the principle of shura, which has contributed to strengthening its comprehensive development path to achieve the security, prosperity and prosperity it aspires to. And we are proud of what God honored us with in serving the Two Holy Mosques, and providing all means of comfort for the pilgrims and Umrah pilgrims, and we were keen to establish the fifth pillar of Islam despite the exceptional circumstance of the new Corona pandemic that afflicted the world, and we paid more safety and prevention precautions, so Hajj was limited. On a limited number of citizens and residents, to ensure the health of pilgrims.

Your country’s efforts in early response to reduce the effects of the pandemic have paid off, which has contributed to the low spread of infection and the decrease in the number of critical cases, thank God. I reiterate my thanks to my brothers, sisters, sons and daughters, citizens and residents, for their understanding and cooperation in following instructions and implementing procedures, and I also thank all state agencies for their efforts in facing the pandemic. I thank from this place my brave sons of soldiers on the southern border, and I pray to them for steadfastness, and to our martyrs in Heaven.

In order to mitigate the economic effects of the outbreak of the new Corona virus, your country has rushed to present government initiatives to the private sector, especially small and medium enterprises, which included more than (218) billion riyals, in addition to supporting the health sector with an amount of (47) billion riyals. Through the management of the pandemic, we have sought to continue business and balance the economic, health and social impact, and we will continue continuous evaluation until the end of the pandemic, God willing.

In affirmation of your country’s leadership, the Kingdom of Saudi Arabia, which presides over the current session of the G20, in the context of the emerging Corona virus pandemic, and with a view to a global confrontation that mitigates the effects of the pandemic, called for a virtual extraordinary summit, which took place last March, and we look forward to the G20 summit, which God willing, this month will be held to promote development, and stimulate cooperation globally, to create a prosperous future for people. In addition, the Kingdom of Saudi Arabia has been keen since the establishment of OPEC to stabilize global oil markets, and this is not evidenced by the pivotal role it played in establishing and maintaining the OPEC Plus agreement, as a result of the Kingdom’s initiatives aimed at accelerating market stability and the sustainability of its supplies. The Kingdom has also worked, and is still working, to ensure the stability of oil supplies to the world in a way that serves producers and consumers alike, despite the economic conditions that the world is experiencing today due to the Corona pandemic and its repercussions on global oil markets.

The Kingdom’s vision 2030 is the roadmap for a better future for everyone who lives in this ambitious nation. During the construction and establishment phase, the vision contributed to achieving a set of achievements on several levels, most notably improving government services, raising the percentage of ownership in the housing sector, and developing the entertainment, sports and tourism sectors. Attracting many foreign investments, in addition to empowering women and activating their role in society and the labor market, and we are currently preparing for a phase of advancement that is characterized by empowerment of the citizen, more involvement of the private sector, and increased effectiveness of implementation.

The Kingdom affirms the seriousness of the Iranian regime’s regional project, rejects its interference in the internal affairs of states, its support for terrorism, extremism, and the fueling of sectarianism, and calls on the international community to take a firm stance towards Iran that guarantees preventing it from obtaining weapons of mass destruction, developing the ballistic missile program and threatening peace and security. We denounce the violation of international laws by the Iranian-backed terrorist Houthi militia by launching booby-trapped drones and ballistic missiles towards civilians in the Kingdom, stressing the support of the brotherly Yemeni people to restore their sovereignty and independence, through their legitimate authority. The Kingdom affirms its continued support for the Palestinian people to establish their independent state with East Jerusalem as its capital, in accordance with international legitimacy decisions and the Arab Peace Initiative, and we also support efforts aimed at establishing peace in the Middle East by negotiating between the Palestinian and Israeli parties to reach a just and lasting agreement. We also stand with Iraq and its brotherly people, and support the efforts of its government for its stability, growth and preservation of its position in its Arab environment, and the strengthening of relations between the two brotherly countries and cooperation in various fields through the Saudi-Iraqi Coordination Council. We support a peaceful solution in Syria in accordance with Security Council Resolution 2254 and the Geneva 1 process, stressing that militias and mercenaries must leave them and preserve the unity of the Syrian soil.

We are also following with interest the developments in the situation in Libya, renewing the Kingdom’s welcome to the signing of the joint Libyan military commissions of the permanent agreement on a ceasefire under the auspices of the United Nations, looking forward to the agreement paving the way for the success of the understandings on the political and economic tracks, thus contributing to the inauguration of a new era that achieves security, peace and sovereignty. And stability for Libya and its brotherly people, calling for an end to external interference in the Libyan affairs.

As the Kingdom of Saudi Arabia as chair of the Group of Friends of Sudan, it stresses the importance of currently supporting Sudan, and affirms full political support for the Juba peace talks. May God protect the Kingdom of Saudi Arabia and perpetuate his grace, and grant us success and you to continue our service to our people, and to enhance the pioneering roles of our country and its contributions to achieving regional and international security, peace and development. Peace, mercy and blessings of God.