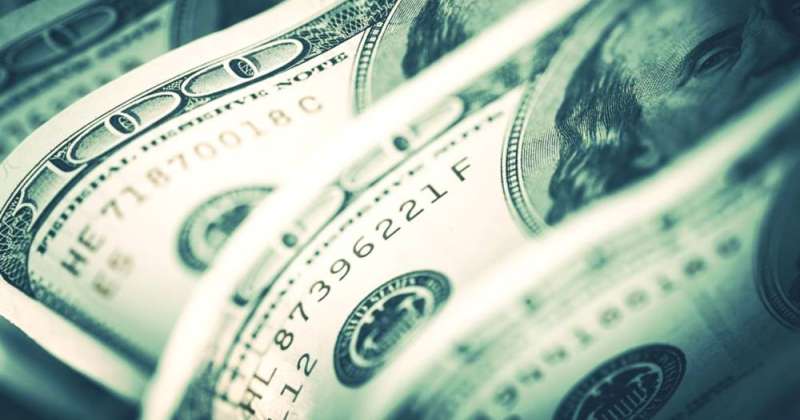 The National Bank of Kuwait (NBK) report indicated that last Wednesday witnessed a sudden shift in the position of the “Federal Reserve”, which has been cautious over the past months about the possibility of an imminent exit from its highly accommodative policy, and the bank’s policies took a hard turn after the announcement of its Chairman Jerome Powell told a news conference that Fed officials expect to start raising interest rates in 2023, in addition to starting talks on reducing the pace of the $120 billion monthly asset purchase program.

The report stated that, surprisingly, the trend of the “Federal Reserve” towards ending the stimulus measures began to loom, as the map of the Federal Reserve voting points on interest rates at the present time reveals that 13 out of 18 members of the Federal Open Market Committee expect the implementation of the first increase in interest rates. In 2023, compared to 7 members in March, bank officials now expect interest rates to rise twice in 2023, a year earlier than forecasts issued just 3 months ago.

During the press conference, Powell went on to explain the shift in views, saying: “Many participants are more comfortable with the idea that economic conditions in their future guidance will be met somewhat sooner than previously expected. That would be a positive development.”

And he indicated that Powell tried to curb the idea of ​​accelerating the timetable for tightening monetary policies, explaining that the results of the voting points map should be viewed with some caution, as the “Federal” pledged to continue buying treasury bonds and mortgage-backed securities at the current pace of 120 billion dollars per month until He sees more substantive progress towards his goal of achieving a more comprehensive economic recovery, and only then will he raise interest rates, after achieving the targeted levels at the economic level, stressing that the monetary policy directions of the Federal Reserve do not depend on the schedule, but depend on economic results. .

The report stated that “Federal Reserve” officials now expect the US economy to grow by 7 percent this year, and 3.3 percent in 2022, in light of the drop in the unemployment rate to 3.8 percent by the end of 2022, compared to 5.8 percent last May.

He pointed out that although expectations do not indicate an economic outburst, they expect core inflation to jump to 3 percent this year, but it will drop to 2.1 percent in 2022 and 2023, a scenario that is consistent with the Federal Reserve’s goal of reaching full economic recovery. .

The report indicated that the shift in the expectations of the Federal Reserve caused a shock in the government bond market, which led to increased selling pressure on treasury bonds of all maturities, as the 10-year bond yields rose 0.08 percent before declining to end the week’s trading at 1.443 percent, The 5-year bonds also ended the week’s trading, closed at 0.876 percent, after rising 0.14 percent, and the two-year bond yield jumped, which is more sensitive to the timing of raising the federal interest rate, while it has seen little movement so far this year, to end the week’s trading closed at 0.252 percent.

He stated that the hard tone adopted by the “Federal” led to the rise of the dollar, which led to the growth of the index by 2% to end the week’s trading at the level of 92.225, and the strength of the dollar also affected the single currency, which pushed the euro to retreat to its lowest level in 3 months to close at the level of 1.1860 against the dollar, and the pound sterling followed the same path, as it fell to its lowest level recorded in 3 months at 1.3809 against the dollar.