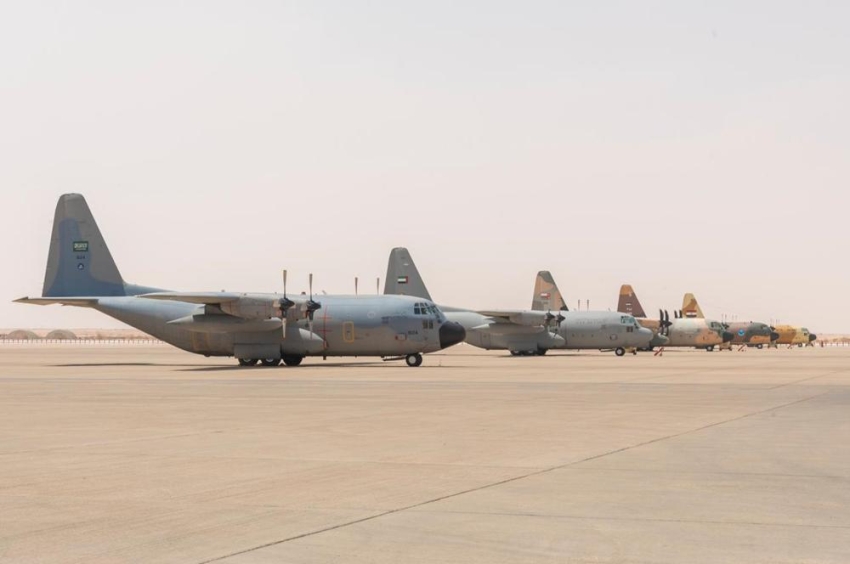 The joint and mixed air exercise (Twaiq 2) was launched today, in the presence of the Commander of Prince Sultan Air Base in the Central Sector, Major General Pilot Mohsen bin Saeed Al-Zahrani, and the heads of the participating delegations.

The (Twaiq 2) exercise, which requires a high level of competence and professionalism in the operational, technical and administrative aspects, comes with wide participation from a number of Arab countries, namely: the Sultanate of Oman, the United Arab Emirates, the Hashemite Kingdom of Jordan, and the Republic of Egypt, as well as Kuwait and Bahrain as observers. .

The exercise lasts for two weeks and aims at the highest levels of readiness and operational compatibility and integration.

For his part, the commander of the exercise, Lieutenant Colonel Muhammad Ibrahim bin Sufyan, explained that the launch of the (Twaiq 2) maneuvers, in which many brotherly Arab countries are participating, will be carried out in different stages, including the planning and implementation of many sorties, and the exercise aims to raise the operational and training readiness for tactical airdrops and raising The spirit of competition among the participants.

On Friday, the arrival of all the air forces participating in the exercise to Prince Sultan Air Base in the central sector, with all their air, technical and administrative crews, was completed.