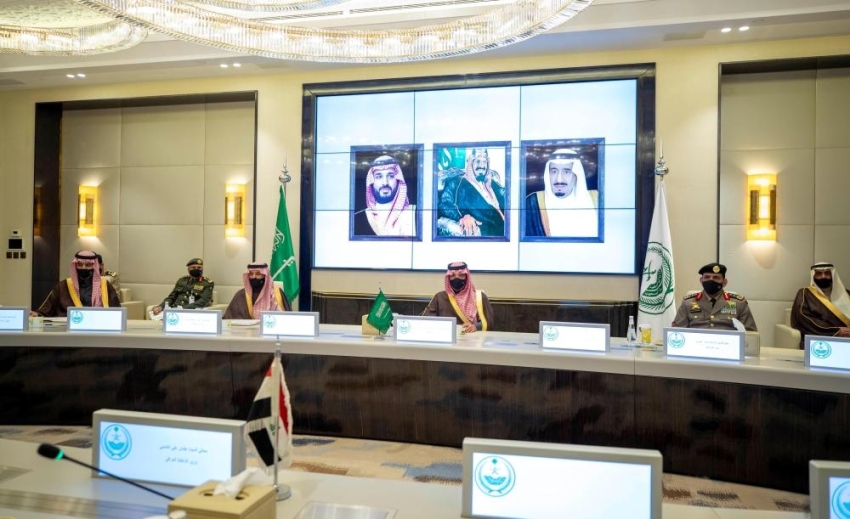 At the beginning of the session, His Highness welcomed the guest minister and the accompanying delegation in the Kingdom of Saudi Arabia, praising what the bilateral relations have reached between the two countries under the leadership of the Custodian of the Two Holy Mosques King Salman bin Abdulaziz Al Saud and His Highness the Crown Prince – may God preserve them – and the President of the Republic of Iraq and the Prime Minister.

During the session, ways to enhance cooperation and joint coordination between the Ministries of Interior of the two countries were also discussed.

On the Iraqi side, the Commander of the Border Forces, Lieutenant General Hamid Abdullah Ibrahim Al-Hassan, the Director of the Infrastructure Directorate, Major General Dr. Fawzi Farih Yassin Al-Essawi, and a number of officials of the Iraqi Ministry of Interior participated. His Excellency the Minister of Interior of the Republic of Iraq left Riyadh earlier, and at the forefront of his bidding at King Khalid International Airport was His Royal Highness Prince Abdulaziz bin Saud bin Nayef bin Abdulaziz, Minister of Interior.