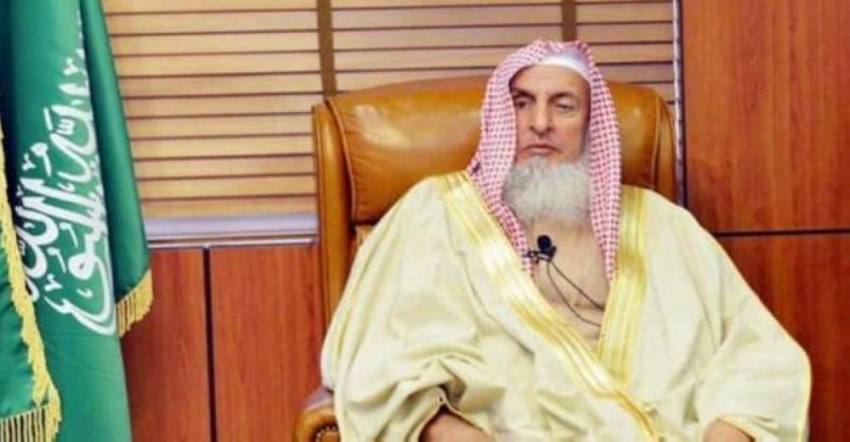 His Eminence, the Grand Mufti of the Kingdom, Chairman of the Council of Senior Scholars, General President of Scholarly Research and Ifta, Sheikh Abdulaziz bin Abdullah Al Al-Sheikh, explained that placing a lamp on the minaret of the mosque to indicate that the prayer has been established has no basis in Sharia, and it is “of heresy.”

His Eminence said in an answer to a question about the permissibility of placing a lamp above the minaret to indicate that the prayer was held instead of the speakers: “I know, may God guide you to the path of truth, that mosques are the houses of God, and they are the best places on earth. {In houses that God has permitted to be raised and his name is mentioned therein, glorifying him in them in the mornings and evenings}, and people learn their religious affairs in them, and they are guided to what includes their happiness and righteousness in this world and the hereafter. May God, peace and blessings of God be upon him, that, and he made it clear to his nation to follow his approach and be guided by his guidance, and his rightly-guided caliphs and the predecessor of the nation have followed that to our time, and a person may be keen on good, but he takes a path that introduces him to innovation in religion, and he does not feel, Ibn Masoud, may God be pleased with him, came out on an episode In the mosque, he said: What is this that I see you doing? They said: “Oh, Abu Abd al-Rahman, we count the pebbles with which we say takbeer, chanting and glorifying.” He said: “Count your bad deeds, for I guarantee you that nothing of your good deeds will be lost, and judge, O nation of Muhammad, how swiftly your perdition! These are the companions of your Prophet, may God’s prayers and peace be upon him, available, and these are his clothes that have not worn out and his utensils have not been broken, and by Him in Whose hand is my soul, are you a religion that is more guided than the religion of Muhammad, or have you opened the door to misguidance? They said: “By God, O Abu Abd al-Rahman, we wanted nothing but good.” He said: “How many people who desire good will not befall him, for the Messenger of God, may God’s prayers and peace be upon him, told us that a people who recite the Qur’an does not go beyond their throats, and by God I do not know, perhaps most of them are among you. Then he turned away from them.” Amr bin Salama said: (We saw the common people of those throats attacking us on the Day of Nahrawan with the Kharijites) Sunan al-Darimi

And placing such a lamp on the minaret of the mosque, to show that the prayer has been established has no basis in the Sharia, and we know that the intention of its owner is the will of truth, but (how many people who seek good will not befall him), and this is one of the innovations, so whoever is keen on prayer will come with the call to prayer, or The least of his condition is when hearing the iqaamah, and as for placing the lamp is an innovation in the religion of God, and the one who put it must remove it so that he does not incur his sin and the sin of those who act upon it. He, peace and blessings of God be upon him, said: After him, without anything detracting from their burdens) Narrated by Muslim and the wording is for him, and Ibn Majah, and he, peace and blessings of God be upon him, said: (I only fear for my nation the misguided imams) Narrated by Ibn Majah from the hadith of Thawban, and Sufyan said: Heresy is more beloved to Satan than disobedience) The speech and its people, this is what has been mentioned, and God knows best what is correct, and to Him is the reference and the return. By God, success and blessings and peace be upon our Prophet Muhammad.”