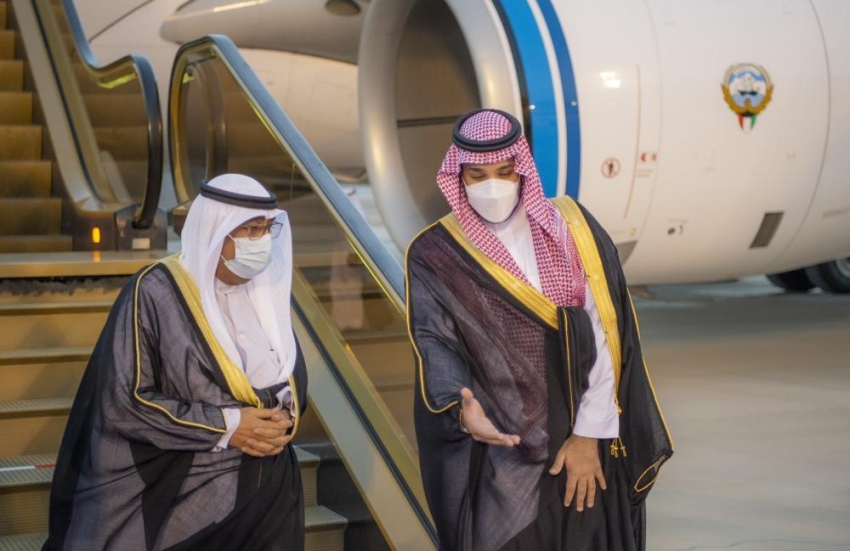 Tomorrow the first meeting of the Saudi-Kuwaiti Coordination Council will be held to translate the close relations and bring them to integration, in order to achieve security, prosperity and happiness for the two brotherly peoples.

The Council convenes according to a balanced vision that reads the reality well, plans the future carefully, and follows a moderate political approach, bearing in mind the importance of relations between the two countries, and under the directives of the Custodian of the Two Holy Mosques King Salman bin Abdulaziz Al Saud and his brother His Highness Sheikh Nawaf Al-Ahmad Al-Jaber Al-Sabah, Emir of the State Kuwait, may God protect them.

The council, whose minutes of establishment were signed in July 2018, aims to develop a common vision that works to deepen and sustain relations between the two countries in line with the objectives of the Cooperation Council for the Arab States of the Gulf, enhance the integrated economic system, find innovative solutions for optimal utilization of existing resources, and build an effective educational system. and integrated based on the strengths of the two countries, enhancing cooperation and integration between them in the political, security and military fields, ensuring the effective implementation of opportunities for cooperation and partnership, and highlighting the status of the two countries in the fields of economy, human development and integration in various fields.

The foundations laid by the founding fathers of the two countries had the greatest impact in shaping the Saudi-Kuwaiti political curriculum, as Saudi-Kuwaiti relations were distinguished by their great historical depth, which dates back to 1891 AD when Imam Abdul Rahman Al-Faisal Al Saud and his son King Abdulaziz Al Saud – may God have mercy on them both – were guests of Kuwait , prior to the restoration of King Abdulaziz to Riyadh in 1902 AD, transcending in its concepts the dimensions of international relations between two neighbors brought together by the geography of the place to the concept of: brotherhood, kinship ties, and a common destiny towards any issues that afflict the two brotherly countries and the Gulf region in general.

The strong relations that brought together Imam Abdul Rahman Al-Faisal with his brother Sheikh Mubarak Sabah Al-Sabah, nicknamed Mubarak Al-Kabeer – may God have mercy on them – added strength and strength to the Saudi-Kuwaiti relations, especially after the kingdom was unified by King Abdulaziz Al Saud – may God have mercy on him – who continued his father’s approach to strengthening Brotherly relations with Kuwait, and King Abdulaziz sought to develop this relationship politically, economically, and culturally, and made it characterized by multiple modes of cooperation, and this approach was continued by the sons of King Abdulaziz, Kings: Saud, Khalid, Faisal, Fahd, Abdullah – may God have mercy on them – until the reign of Custodian of the Two Holy Mosques King Salman bin Abdulaziz Al Saud – may God protect him – who spared no effort to advance Saudi-Kuwaiti relations for the better in various fields in cooperation with his brother, His Highness Sheikh Nawaf Al-Ahmad Al-Jaber Al-Sabah, Emir of the State of Kuwait.

Regarding aspects of cooperation between the Kingdom and Kuwait in light of the Corona pandemic and their efforts in confronting it, there was permanent, direct and continuous coordination between the health ministers of the two brotherly countries, and in the interest of the Kingdom to stabilize Kuwaiti markets, it supported its sister State of Kuwait by excluding the opening of the Kingdom’s land and sea ports for the passage of trucks Goods destined for Kuwait through its territory, and the continued export of Saudi products to Kuwaiti markets. This decision was welcomed and the Kuwaiti Cabinet thanked the Kingdom’s government.

Kuwait also worked with the Kingdom to achieve the goals of the initiative of His Royal Highness the Crown Prince – may God protect him – “Green Middle East” and to support it at the official level, as it received positive responses on the official and popular levels in the State of Kuwait.