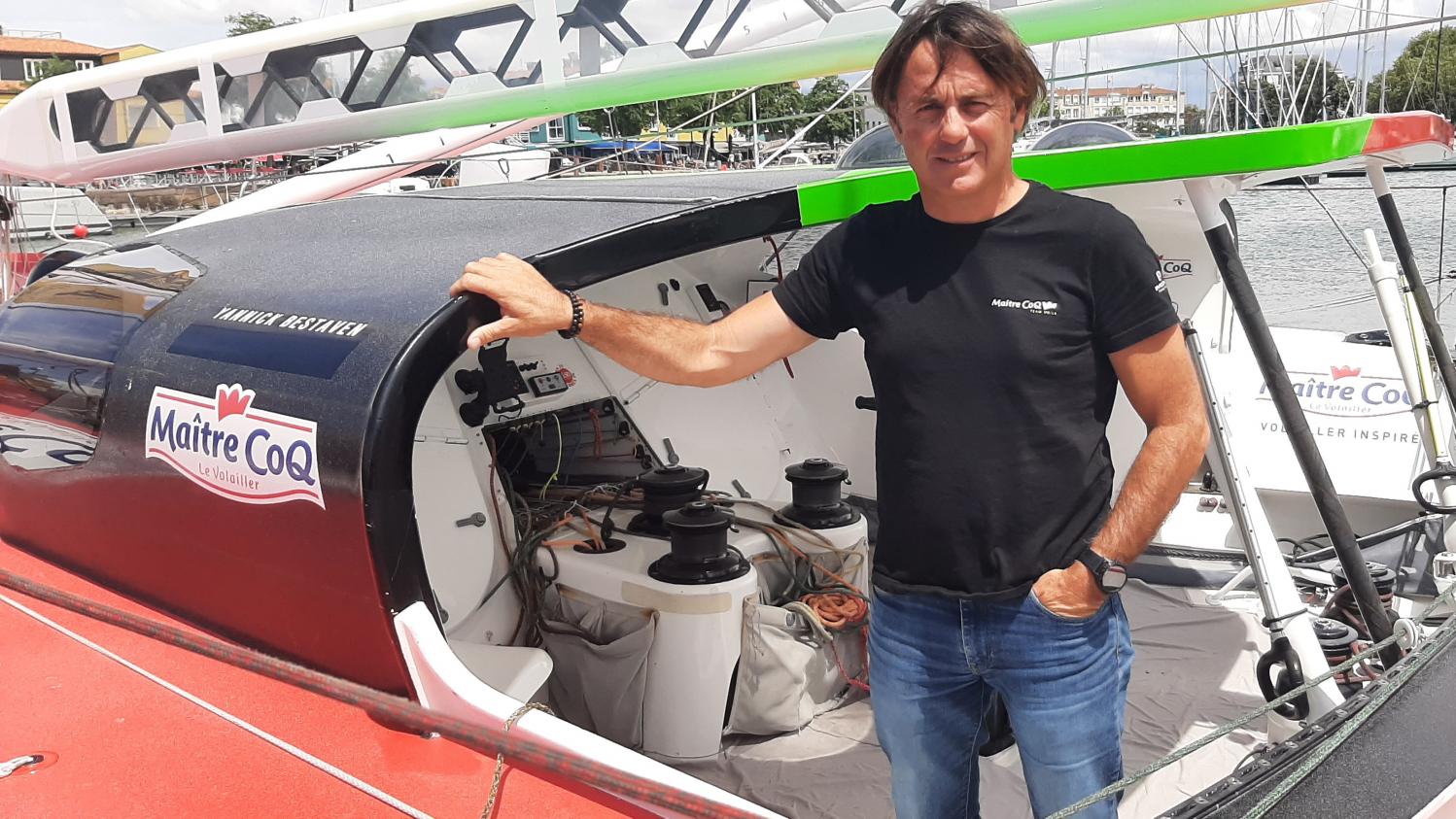 January 28, 2021. In Les Sables d’Olonne, Yannick Bestaven wins the 9th edition of the Vendée Globe, the solo, non-stop round-the-world sailing race. At the end of an outcome full of twists and turns, the sailor crosses the finish line after 80 days and three hours at sea. At 48, he is the oldest of the nine Vendée Globe winners. “I have the impression of living a dream, of hallucinating … It feels weird, we go from total solitude to this party, to these lights. People are there despite the context which is complicated. It is a child’s dream come true. “

After his success in the Vendée Globe, Yannick Bestaven traveled, notably to schools, to tell about his feat and his participation in the rescue of a wrecked competitor. Six months after having returned to dry land, the skipper remains marked by this epic and indecisive race and already dreams of going back to sea. “I am an adventurer but also a competitor, and the competition has been very present throughout this Vendée Globe. I took the lead in the South Seas on December 16, I will remember. catch up and this scenario was almost a Hollywood scenario, and it is true that that added to the beauty of the result and the victory.

“I think I still have a lot to learn so I remain humble about this victory because I know that we don’t win all the time and it’s not because we won that we is necessarily the best. “

Despite the pitfalls and the epic dimension of the race, Yannick Bestaven had a lot of fun during these 80 days. “Sometimes you find it in pain. It’s a bit masochistic what I’m saying, but of course there was pleasure. It was all the more pleasure that I took a long time to put off. in place a reliable and solid project for the Vendée Globe. I had tried in 2008, it ended in a dismasting. Twelve years later I come back so I know where I come from. I know the galleys it has necessary to set up this project. And even after, if during the three months of the race, there were difficult moments, whether it was the rescue of Kevin, who was very complicated to live on the water and in the head, or whether it was the hard times, the cold, the storms in the South Seas, every day I felt like I was discovering, learning something and therefore I enjoyed that every day is different from the previous one. And that’s all that I want to relive “ says the skipper, who now dreams of going back to sea.

“I think I was in the after from the first few minutes I stepped onto the pontoon. I don’t like boredom. I don’t like doing nothing. I’ve always liked having projects and challenges. Trying to set off again to win the Vendée Globe a second time, that’s a real challenge. Am I capable of taking it up or not? “ asks the navigator from La Rochelle.

At 48, Yannick Bestaven is the oldest sailor to win the Vendée Globe. The experience has played, considers the sailor. “We are in a sport where experience matters a lot. Certainly wisdom too. I am sailing perhaps wiser than I have been able to do before, although that did not prevent me from taking risks for winning this Vendée Globe You have to know that on a round-the-world race ahead, we all have about the same level of sailing.

The difference is in the risk-taking, but also in the details, on the preparation for the pre-race.

I think this experience allowed me to build a professional team, a trustworthy team that helped me make the boat more reliable. “

After the Fastnet next month and the Jacques Vabre transatlantic race in November, Yannick Bestaven will bid farewell to the boat that allowed him to win the most legendary ocean race. For the start of the Vendée Globe 2024, Yannick Bestaven will set out again at the helm of a brand new monohull, which will be launched next June.