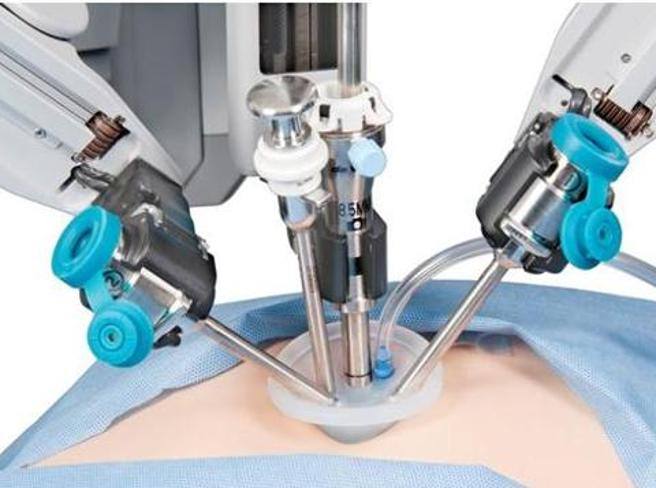 Save and preserve: these are the watchwords now more and more shared in urological surgery in oncology, bringing excellent results from the point of view of efficacy and safety. Cancers of the prostate, kidney, testicles and bladder are increasingly common in our country and cases are increasing, so much so that in 2019 81,500 compatriots, both men and women, received the diagnosis of a neoplasm affecting the genitourinary system. And if thanks to advances in diagnosis and therapies today eight out of ten patients survive the cancer, to improve patient care it is also necessary to aim for best possible quality of life after oncological treatments, sparing (whenever the disease allows it) the organs and their functions. Underlining the importance of conservative surgery are the specialists of Italian Society of Urology (SIU) during the just concluded National Congress.

Every year in Italy about 40% of patients with urological oncological pathology who until a few years ago had to undergo interventions that involved the removal of an organ (prostate, kidney or bladder) – he explains Walter Artibani, Secretary General of the SIU -. Today, however, he can benefit from a conservative therapy aimed at organ preservation, whose main objective is to better contrast the disease, while safeguarding those physiological functions that most strongly affect the patient’s quality of life: from continence to ability to erect and ejaculate. By conservative surgery we mean that set of treatments (mainly managed with robots) that aim to save the organ or gland affected by the neoplasm, instead of removing it: the common denominator is the technological evolution that has occurred with the advent of robotic surgery (which offers the surgeon the possibility of “seeing in 3D” ensuring ever finer and more precise movements) and the introduction of new platforms for minimally invasive treatments. This, together with the increasing demand from patients to be able to preserve their physiological functions in terms of urination and sexual ability, has strongly pushed third millennium surgery in this direction. So today prostate, kidney and bladder cancers provide valid alternatives to conservative radical surgery. From focal ultrasound therapy for the prostate, to “trimodal” therapy (chemotherapy, radiotherapy and endoscopic resection) dedicated to the bladder.

Prostate cancer is the most diagnosed cancer among men over 50, with approx 37 thousand new cases in 2019. a slow-growing tumor in most cases and 9 out of 10 men are still alive 10 years after diagnosis. If discovered in the early stages, when localized and has not yet metastasized, the choice of therapy today is increasingly up to patients, who are called upon to decide which is the best alternative by evaluating the probable undesirable consequences. Today there are many therapies available, depending on the type of neoplasm: surgery, radiotherapy, brachytherapy, hormotherapy and many types of drugs. To which is added the active surveillance, a strategy that involves monitoring the disease through specific examinations and periodic checks and can be suggested as an alternative to radical therapies and their side effects in cases of tumors with low risk of progression. A targeted treatment that does not involve the removal of the entire gland focal therapy with the use of high-intensity ultrasound – He says Francesco Porpiglia, Professor of Urology at the University of Turin and Head of the Scientific Office of the SIU -. It appears to have satisfactory oncological results, without leading to functional impairment. It is performed using a dedicated transrectal ultrasound probe, capable of emitting special ultrasounds that cause the death of cancer cells. The postoperative hospital stay of 24-48 hours and the side effects in terms of irritative or obstructive symptoms (weak jet or urge urination) are minimal. No problems are found on erection and ejaculation.

Thanks to the so-called “precision surgery“Which aims to preserve continence and postoperative power as much as possible, robotics allows us to guarantee a postoperative continence rate already in the immediate postoperative period of more than 70% and 95% at three months – continues Porpiglia -, while about 60% of patients can benefit from one preservation of the nerves responsible for erection with a recovery of erectile function at 3 months of over 60%, which goes up to almost 90% one year after surgery in young patients. In addition, the introduction of new ways of viewing the tumor, such as the use of 3D images and augmented reality, allow to maximize oncological results even in the case of locally advanced disease.

70% of Italian patients live five years after the diagnosis of kidney cancer and can hope to be cured, thanks to the progress made in recent decades with the arrival of new treatments, more and more precise and targeted, but 35% of kidney neoplasms in our country are in fact identified in an advanced or metastatic stage. There are 12,600 new cases identified in 2019 in Italy (8,100 in men, 4,500 in women). There conservative surgery increasingly considered also for kidney cancer – adds Artibani -: today 7 out of 10 patients with tumor confined to the kidney can benefit from this type of surgery. In particular, thanks to robotics, the direct approach to safeguarding the organ can also be proposed in the case of complex tumor masses to excise. This is because they keep one valid renal function (in terms of creatinine) also essential to increase the overall survival of the population. The balance between oncological safety and functional advantage is currently at the center of a wide debate especially among expert surgeons: despite being technically able to remove the tumor that is large or very difficult to remove, are faced with the doubt whether preserving the organ is a more just solution than a more radical intervention.

The same goes for the treatment of bladder cancer, which affects 26,600 people in our country every year. Alongside the solution that today constitutes the first choice, that is the removal of the bladder with urinary derivation, today it is gaining ground a new multidisciplinary approach between urologist, radiologist and oncologist who, for selected patients (for example with comorbidities that do not make radical surgery possible and all patients strongly motivated to preserve the bladder), certainly constitutes a promising alternative for muscle-invasive vesival cancer – concludes Porpiglia -. This is the so-called “trimodal” therapy, which by putting together the advantages of chemotherapy, radiotherapy and endoscopic resection of bladder cancer, allows to control the tumor without the need to remove the organ with obvious benefits for the patient’s quality of life. With this kind of approach, cancer specific survival at 5 years of 65%. Key element for the good efficacy of the treatment is the radical endoscopic resection of the tumor alone (without removal of the bladder), which varies the complete response rate from 57% to 79%. The advantages? Lets get good oncological results, preserves physiological urination and ensures a good quality of life for the patient because it maintains erections, ejaculations and fertility.