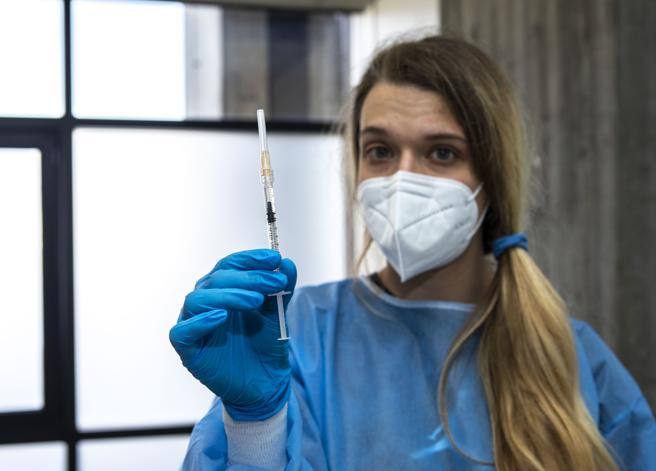 Covid cases worldwide exceed 131 million according to data released by Johns Hopkins University, while confirmed deaths exceed 2.8 million since the start of the pandemic. And in Italy the latest balance – relative to Monday 5 April – of 10,680 new cases and 296 deaths (here the bulletin with the data and the bulletins that show the situation since the beginning of the pandemic: here those of 2021, here those of 2020). Here is the map of the contagion in the world.

10.30 – AstraZeneca, today Aifa-ministry meeting on use indications According to sources confirmed by ANSA, a meeting will be held today in the late afternoon between the technicians of the Italian Medicines Agency (Aifa) and the Ministry of Health regarding any further indications on the use of the AstraZeneca anti-Covid vaccine. For a decision, however, the ruling of the European Medicines Agency EMA will be awaited, expected by Thursday, on the possible correlation between the vaccine and the very rare thrombotic events reported in various countries. The news of the ministerial meeting with Aifa anticipated today by il Giornale.

10.07 – Vaccines, braking in Sardinia: only 39 inoculations at Easter
The goal set by General Figliuolo of the 17 thousand doses of anti Covid vaccine per day in Sardinia marks a slowdown for the holidays: only 39 the first doses inoculated on Easter Day, (36 over 80 and 3 in the other category) and 2,030 on Easter Monday. Already on Holy Saturday there was a decline with 4 thousand doses administered compared to over 8 thousand reached on Friday. So even today the island is in the last places in the ranking drawn up daily in the report on vaccines: 72.8% of inoculations that is 263,309 out of 361,870 delivered.

9.18 am – Olympics: Osaka cancels the stage of the torch
The government of Osaka prefecture has formally requested the cancellation of the passage of the Olympic torch, scheduled in the city next week. Yesterday, the government issued a semi-state of emergency in Osaka and two other prefectures amid fears of a new wave of coronavirus.

9.10 – Fedriga (Fvg): Rules that can be implemented or citizens will evade them. After a year of stress, today the measures work much less
Decisions must be taken “together” with the citizens, not “above”. Because the difference between today and a year ago, we must tell us, that all measures work much less. The president of Friuli Venezia Giulia, Massimiliano Fedriga, interviewed by Corriere della Sera, asks to review the parameters that lead to restrictions because today, after more than a year of stress, difficulties and sacrifices, people think more than to protect themselves of evading the rules. In addition, for some time we have been asking for a review of some parameters, because the RT is very precise, but very late and on the 250 positives the obvious problem: it punishes those who do more swabs.

9 am – Only the vaccinated or cured faithful will be able to make the pilgrimage to Mecca
Only pilgrims and faithful vaccinated or cured of Covid will be able to enter the Great Mosque of Mecca during Ramadan and make Umra (the minor Islamic pilgrimage, which includes only some holy places). This was announced by the ministry of Hajj and Umra of Saudi Arabia, according to reports Arab News. Permits will be granted to those who have already received two doses of the vaccine, to those who have been given a first dose of the vaccine at least 14 days before their visit to Mecca and Medina, and to those who have recovered.

8.52 am – Sileri: Possible reopening after April 30th
I believe that the data will improve thanks to the rigid system of closures, the possibility of reopening will be after 30 April also to consolidate the results, said the Undersecretary of Health Pierpaolo Sileri talking about the reopening on Radio24. With regard to vaccinations, Sileri recalled that by the end of the month the goal of half a million doses per day is feasible (here the map of vaccinated people in Italy).

8.45 am – Vaccini, New York opens to everyone up to 16 years old
New York State residents who are 16 or older can now list for the Covid vaccine, writes the Guardian. Governor Andrew Cuomo last week extended access to vaccines to over 30s, announcing that the 16-29 age group could enroll in the vaccination program starting April 6. Children aged 16 and 17 will only be able to receive the Pfizer-BioNTech vaccine as the only drug authorized for under 18s. Parental consent will also be required for minors, except for married 16 and 17 year olds or parents themselves. .

8.42 am – Nas checks, traces of irregularities between buses and local trains
The Carabinieri Command for the Protection of Health has carried out, in agreement with the Ministry of Health, a campaign of checks at national level to verify the correct application of anti-Covid measures on public transport. The interventions involved 693 vehicles, including urban and suburban buses, subways, school buses, railway connections, but also ticket offices, waiting rooms and metro stations. Among the controlled objectives, 65 highlighted irregularities (9.3%), mainly connected with the non-compliance with the contagion prevention measures (failure to carry out cleaning and sanitizing operations, omitted information signs to users about the rules of conduct and the maximum number of people allowed on board, the absence of spacers on the seats and gel dispensers or their non-functioning). Among the surface swabs collected, however, 32 cases of positivity were detected due to the presence of genetic material attributable to the virus, identified in buses, metro and rail cars operating on public transport lines in Rome, Viterbo, Rieti, Latina, Frosinone , Varese and Grosseto. The detection of the presence of genetic material of the virus on the surfaces of the means of transport detects with certainty the transit and contact of infected individuals on board the vehicle, determining the permanence of a viral trace (for example on buttons and handles).

8.41 am – Remuzzi: Slow improvement of the intensive care situation The situation of intensive care is evolving, very slowly but towards improvement, explains Giuseppe Remuzzi, scientific director of the Mario Negri pharmacological research institute, speaking to Agor on Raitre. We hoped that the trend would be faster, but by now it has been consolidated for at least a couple of weeks – explained Remuzzi – and also concerns ordinary hospitalizations. To see the death toll drop, as we know, we have to wait because the people who die today entered intensive care several weeks ago.

8.40 am – School, from tomorrow 5.6 million children return to class in the presence (2 out of 3). Over 80% of the staff have been vaccinated
From tomorrow, Wednesday 7 April, approximately 5.6 million pupils will return to school: almost 66% of the 8.5 million children enrolled in state and private schools, two out of three. Among them are 2.7 million pupils in kindergarten and first cycle, admitted to school by Legislative Decree 44, even if they are in regions classified in the red zone. To provide the data All-school. Over 80% of school staff have been vaccinated, added the president of the National Association of Headmasters (NPC), Antonello Giannelli, during an interview with SkyTg24.

8.30 am – Tokyo 2020, North Korea does not participate
North Korea is renouncing the Tokyo Olympics scheduled for this summer due to the risk of Covid-19 infections, as announced by the Pyongyang Ministry of Sport. North Korea’s Olympic Committee has decided not to participate in the 32nd Games to protect athletes from the global health crisis, the North Korean department’s communications department said.

8.19 am – On April 18th, travel between Australia and New Zealand resumes From April 18, it will be possible (again) to travel between Australia and New Zealand, as announced by the Prime Minister of New Zealand, Jacinda Ardern, at a press conference. I can confirm that non-quarantine travel will begin in less than two weeks, at 11.59pm on April 18, he said. Six months ago, Australia initiated a partial reopening, allowing New Zealanders to fly to some states without being required to undergo quarantine.

8.10 – The interview with the archbishop of Milan, Delpini: The virus occupies everything, let’s talk about something else
I intend to launch an alarm: if the virus occupies all the speeches, we cannot talk about anything else. When will we say the beautiful, good words that reveal the meaning of things? Thus the archbishop of Milan, Monsignor Delpini, in an interview with Corriere della Sera. And on the delays in the vaccination campaign in Lombardy, he adds: Perhaps some crazy algorithm has been inserted into the complexity of the organizational machine. The staff I know are dedicated, attentive, kind, competent. How can it be that there are so many inconveniences due to confusions, bizarre indications, unanswered requests, disappointed expectations?