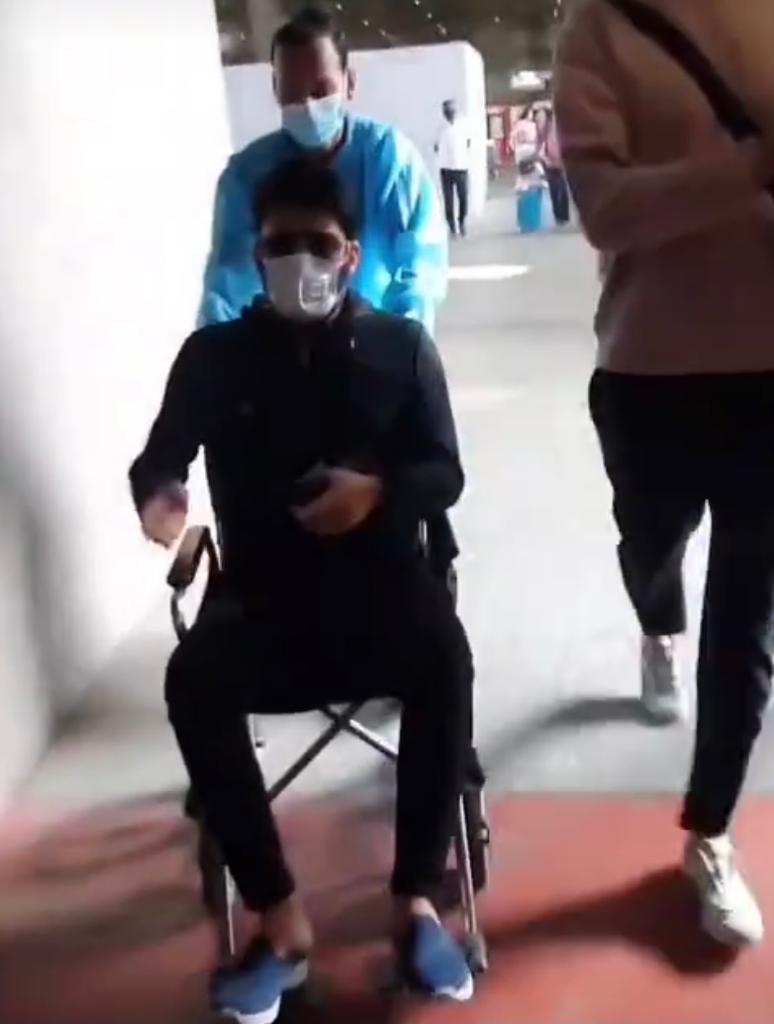 Kapil Sharma opened up on his injury that made him pull show off air. “I could not get out of the bed,” Kapil said.

In a video, Kapil Sharma spoke about his spine injury due to which he had to use a wheelchair.

He also revealed that it was the reason he had to pull off The Kapil Sharma Show.

In January, this year, a photo of him sitting on a wheelchair had gone viral. Soon after that, he had to pull down his comedy show, The Kapil Sharma Show, went off-air as well.

The comedian said that it was because he had injured his back he was on a wheelchair.

He spoke on how he had hurt his spine and faced debilitating pain that kept him bed-ridden. He also revealed that he felt very helpless at the time.

He said, “I first suffered pain in 2015 and didn’t know understand much then. I was in the US at the time. A doctor gave me an epidural and I got relief from pain, but the problem prolonged. He said spine is the core of everything. Any problem there means life comes to a standstill.”

Kapil said, “I suffered the pain again in January 2021. I had to take my show off air because of the injury. This leads to a change in my behaviour, you start feeling helpless because you can’t get up from bed. And then people start telling you that you will gain weight by lying down all the time. You should start liquid diet. A person is already in pain and someone gives you a salad to eat, your pain is doubled. I have suffered a lot.”

A video of Kapil Sharma went viral on the internet this year in February where he was seen getting into a verbal spat with some photographers at the Mumbai airport. He was seen in a wheelchair at the airport. In one of the videos shared online, he got into a spat with some photographers and said, “Ullu ka pa***.” He was miffed at the photographers surrounding him, trying to click pictures. The comedian then asked them all to move out of the way. The video caught the netizens’ attention and was shared widely on social media.

Check out the viral video here: