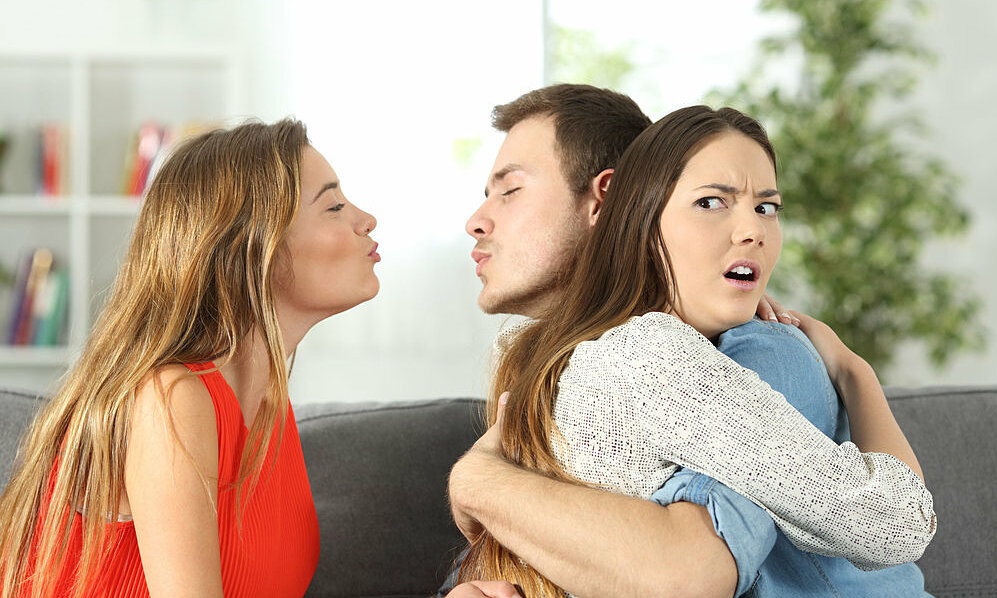 Psychologists have given specific explanations that lead to a person’s decision to search for ‘new taste’ for the love life.

Robert Weiss, author of many books on marriage has pointed out one fact: Many men get married, even though happy families still cheat.

His research shows that sometimes men are not cheating because they are not satisfied with their current marriage. Simply put, they cheat because they allow themselves to do so. Although the act of adultery, in the eyes of society is something to be condemned, for a man, it has little to do with their love and concern for their family.

Robert Weiss emphasized: “Men think: Yes, I cheat, but I still do well my responsibilities with my family, I am still a good father, husband. The only thing these men will not understand. that their wives won’t think like them. Robert’s conclusion shows that cheating men underestimate the impact of their behavior on their partners.

Look for feelings you cannot find in your partner

Many men choose a mistress who is not beautiful, not as good as his wife. However, it is true that he is attracted to girls who possess personality traits that his wife does not have. For example, his wife is at home or is loud noisy, strong temperament, fussy. Thus, the “shadow girl” he chose was a gentle, discreet woman. For him, it was a new kind of feeling that had never been felt. Especially when everything new is gone, exogamation with new things creates an irresistible temptation. Having a mistress is the act of acting on the sketches he makes of a perfect mate in mind.

Most cheating men do not really love their lovers, but simply want to find a new emotion. The easiest test that can test this is when mistresses demand to make the relationship public, or want a man to leave his wife for her. Most men are selfish, do not want to leave their wives and children, and do not want to lose their partners. This clearly shows their greedy nature, never true love.

The excitement and appeal of the “forbidden fruit”

Morality as well as the law do not accept sex outside marriage. While this is a condemned behavior, the feeling of being sneaky causes special stimulation. Marriage is sometimes likened to a cage, with shackles restricting his freedom, so a feeling of ruffling gives the man the immediate comfort he desires.

This is not an impossible situation in practice. Many people admit that they get married, give birth to children, and then meet their loved ones “like never before”, whom they feel like a soulmate, able to understand and share with them. In this case, the majority are willing to divorce their current spouse to build a family relationship with the new person.

The couple is having trouble

Modern married life is subject to the many pressures and conflicts that arise during cohabitation that can cause a couple to become less social. Although both have their own shortcomings, when either side is no longer tolerant enough to forgive each other, the relationship between husband and wife fades. This is the reason many people are beginning to look for new relationships that are not bound by these pressures. The reason for the unfaithfulness of a married man is closely related to the change in living situation such as changing job, changing position, position, distance from wife …

In some cases, the male betrayal stemmed from his spouse’s betrayal. In this situation, the man chooses to have a girlfriend as a way of retaliation.

Relationships expert Dee Holmes told The Independent (UK): “Resentment is one of the main causes of deception. Feelings of abandonment make men go.” decided to cheat, because they thought their infidelity became a way to attract the partner’s attention “.

Want to assert yourself

Marriage and family therapist Daniel Dashnaw pointed out in an article in Couples Therapy, claiming that “damage to honor” is one of the main reasons married men cheat. This goes hand in hand with some inferiority complex that a man has with his partner, including inferiority (in appearance, economy) …

What a man needs in love, marriage, the therapist points out, is a feeling of adoration, an indisputable kind of “gender-specific” emotion. But in the real marriage, if what he gets back isn’t that feeling, this can cause negative emotions, leading to the decision to look for another woman, to get the feeling of adoration. . In this case, the man only instinctively possesses the boyfriend, like possessing a favorite toy.

Thuy Linh (According to KKNews, Fatherly)