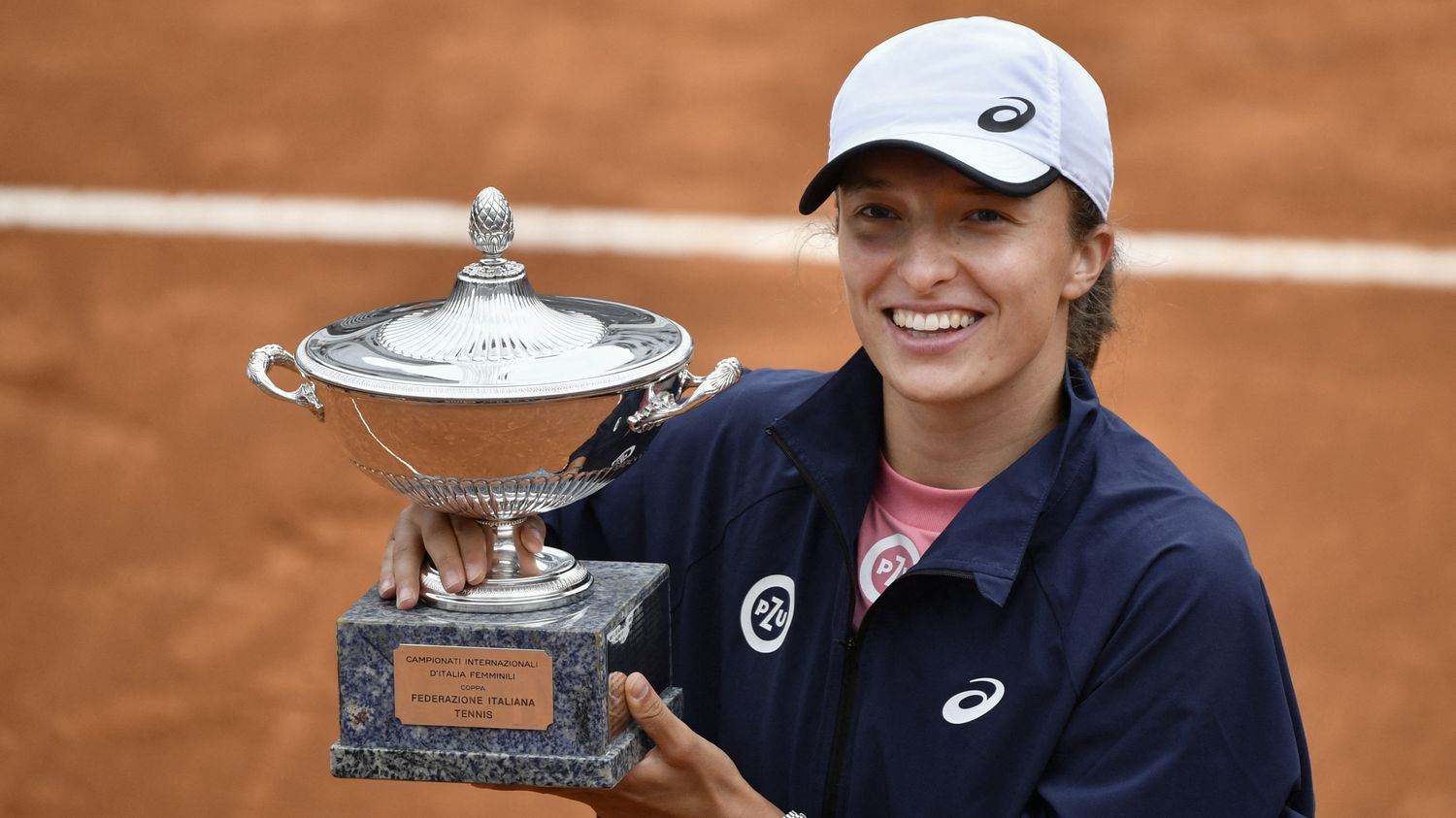 The Pole made short work of the Czech in the WTA 1000 final in Rome on Sunday. It was impressive two weeks before Roland-Garros.

Iga Swiatek is the new queen of Rome. The Polish dictated her law against Karolina Pliskova in the WTA 1000 final in the Italian capital (6-0, 6-0) in 46 minutes. Two weeks away from defending his title at Roland Garros, Swiatek struck a blow.

The meeting looked like a walk in the park for the Polish woman, which made a perfect copy. Struggling on serve (four double faults) and imprecise (nine unforced errors), Pliskova was non-existent – winning just four of 28 points in the first set. The second did not fare better for the ninth player in the world, who never managed to keep her throw-in. Swiatk’s variety of shots and her aggressiveness completely confused the Czech, who was playing her third consecutive final in Rome. (victory in 2019, finalist in 2020).

This crown at the Foro Italico is synonymous with a third title for Swiatek, who once again showed his ease on clay. In just seven ocher tournaments on the WTA circuit, she has already reached the final three times with two titles in the game.

Building on this success in Rome, his first in WTA 1000, Swiatek will make his debut in the world top 10. The 19-year-old, who had won Roland Garros last October to everyone’s surprise, was full of confidence before defending her Porte d’Auteuil title.